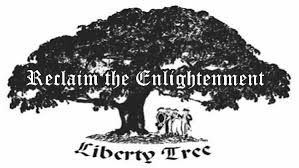 Bastille Day celebrations in Belfast in 1791 and 1792 showed the Irish support for liberty, equality, and fraternity. It proved to be an important event in the United Irish calendar, an event that thousands showed up to, including many future revolutionaries. Speeches were made and debates were held, exposing the citizens of Belfast to the political radicalism of the late 18th century. This Wednesday, July 14, the fall of the Bastille will be commemorated by Reclaim the Enlightenment .

Reclaim the Enlightenment will be celebrating Bastille Day on Wednesday 14 July. The fall of the Bastille in 1789 was a moment of enormous hope for people across Europe suffering under autocratic and oppressive governments, and not least in Ulster. We recall how the citizens of Belfast turned out en-masse alongside the Volunteers in July 1791 & 1792 to celebrate the French Revolution.

John Gray, Chair of Reclaim, asks why should we celebrate that occasion now? It was a time when we lived in an enlightened town when for the first time our society espoused the principles of human rights and equality and believed in the inevitability of human progress.

It is as well to be reminded of this in an era when our politics are more often marked by stasis and sectarian division rather than progress, and when, more than 200 years after the event, the principles of that eighteenth century generation have at best been only partially realised. It is in that context that we still draw inspiration from them.

St Joseph’s in Sailortown (photographed), the venue for our Bastille Day event, is an enlightenment project in itself resurrected as it is from dereliction to serve as multi-purpose community facility. Our proceedings will be opened by Belfast’s High Sherrif, Michael Long, representing a democratically elected Council in contrast to the corrupt 18th century Corporation run by 12 nominees of Lord Donegal.

Our programme embraces talks on Bastille Day and not just in Belfast but elsewhere in Ulster by Stephen McCracken (Limavady) and Joseph McCoy (Maghera), and on the United Irishmen and freemasonry by John Lyttle. Music and song will also feature with many artists such as the former “Late Late” shows Paddy Cullivan.

The event is free but owing to Covid restrictions we are asking those wishing to come to reserve places via Eventbrite and our website. The event commences at 1.45 pm and will last to approximately 4.30 pm. Participants, and as is appropriate in an 18th century spirit, are then invited to retire to the American Bar.

This press release is produced with thanks to Stephen McCracken.