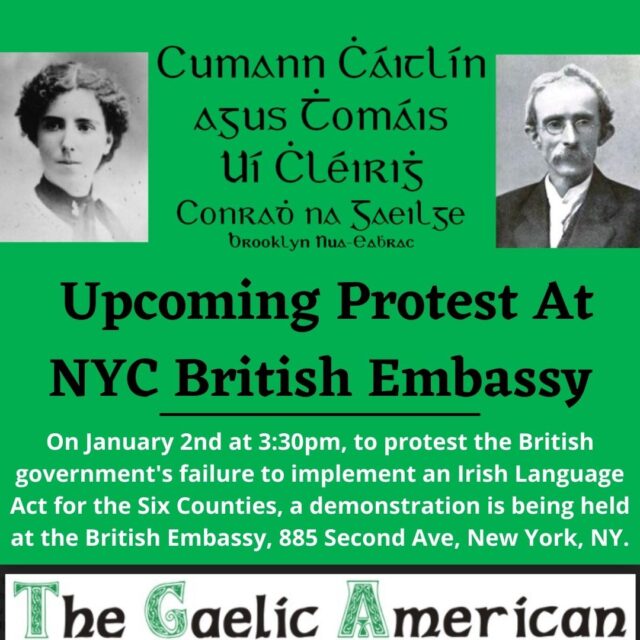 It is an absurdity beyond belief that the Irish language is not treated equally in Ireland’s Northern Six Counties, yet that is the current political reality. Opposition from loyalists, who have insulted the language and its speakers on innumerable occasions, has stalled the passing of an Irish Language Act. Securing equal rights for the Irish language was a fundamental part of the Good Friday Agreement in 1998 and further guaranteed by the St. Andrew’s Agreement in 2006 – agreements which loyalist representatives in the DUP signed off on, but now refuse to implement.

The Irish language dates back over a thousand years, and its influence can be seen in the names of people and places across the island. It is laughable when loyalist politicians try to mock the Irish language, while they themselves live in areas that have their name because of the Irish language, like Belfast (Béal Feirste) or Ballymena (an Baile Meánach). The most visible affect of passing an Irish Language Act would be to post street signs in both Irish and English – something which seems so harmless to a neutral observer, but represents further erosion of the Orange state to loyalists. The reneging of the Democratic Unionist Party on passing the Irish Language Act has met agitation from the Irish language community – successfully pressuring British Prime Minister Boris Johnson to commit to overriding the devolved Northern government by passing the Irish Language Act. But in true British fashion, Johnson has let the October deadline he set pass with no action taken.

The disappearance of Irish speakers is directly attributed to the systematic destruction of the Irish language by the British government over many generations. The nationalist response to this calculated attach on our native tongue was the formation of the Gaelic League in 1893. The League’s founder, Douglas Hyde (himself a Protestant of Anglo-Irish stock) summed up the apolitical need for preserving the Irish language in his pamphlet, “The Necessity for De-Anglicising Ireland”:

“In conclusion, I would earnestly appeal to every one, whether Unionist or Nationalist, who wishes to see the Irish nation produce its best — surely whatever our politics are we all wish that — to set his face against this constant running to England for our books, literature, music, games, fashions, and ideas. I appeal to every one whatever his politics — for this is no political matter — to do his best to help the Irish race to develop in future upon Irish lines, even at the risk of encouraging national aspirations, because upon Irish lines alone can the Irish race once more become what it was of yore — one of the most original, artistic, literary, and charming peoples of Europe.” 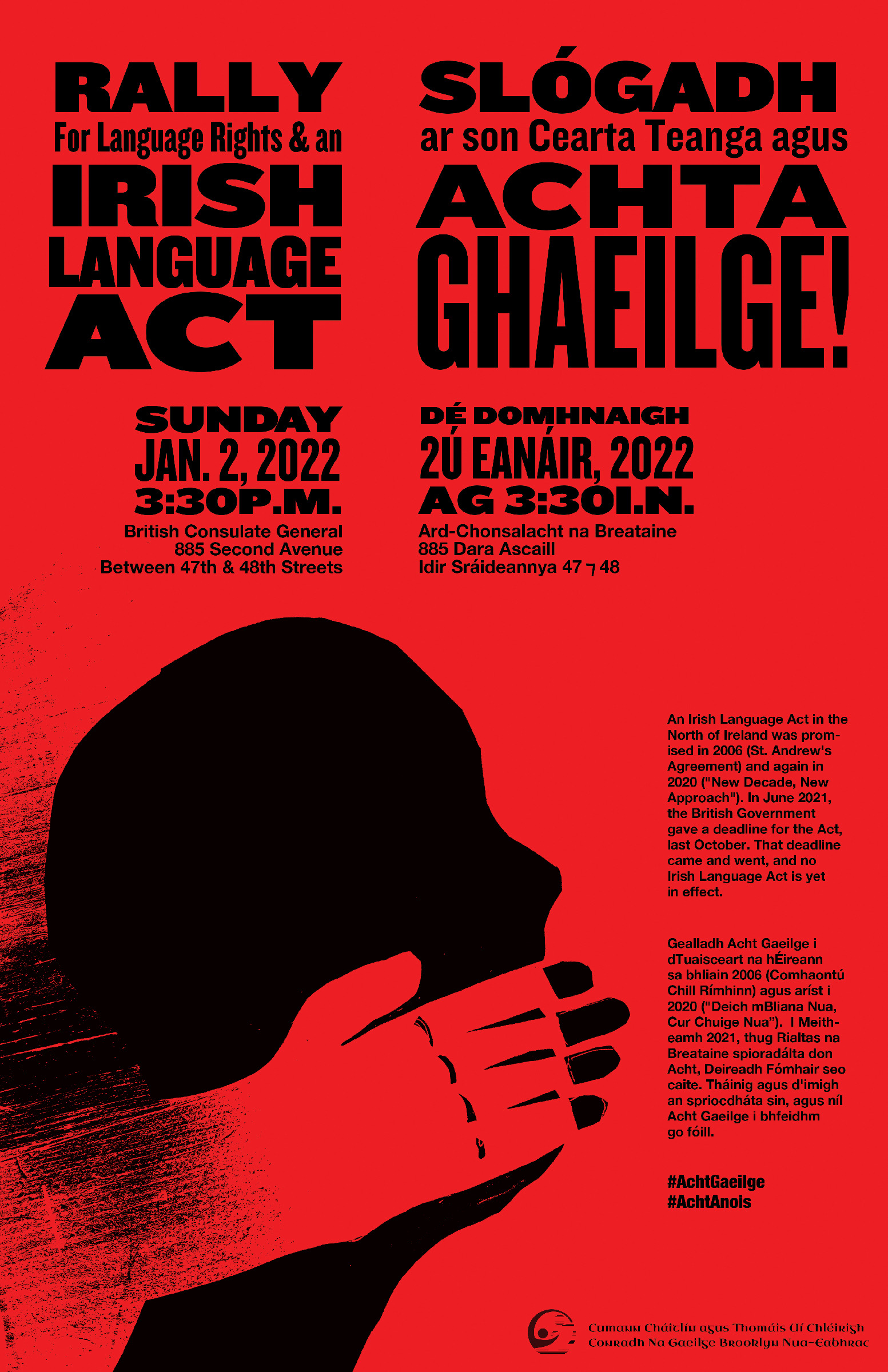 Since the inception of the Gaelic League, Ireland’s American Diaspora has helped to agitate for equality for the Irish language in Ireland, and the inheritors of that challenge are the Gaelic League chapters still active in the United States. We encourage our readers to join the Gaelic League in protest at the British Embassy (885 Second Ave, New York, NY) on January 2nd at 3:30pm. For more information or to join Brooklyn’s Gaelic League Cumann, contact BrooklynGaelic@gmail.com

For further information on this subject, find our previous coverage here.