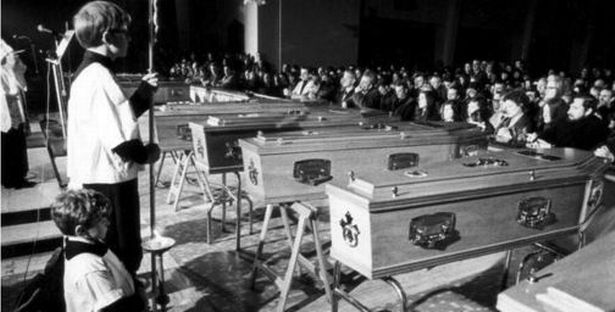 A bipartisan group of 36 US Members of Congress have appealed to Boris Johnson over concerns about his plan for a general amnesty for crimes committed during The Troubles.

Under the Stormont House Agreement of 2014, it was agreed that a Historical Investigations Unit be established to investigate outstanding criminal killings and police misconduct cases committed during The Troubles. The plan was similar in merit to the Truth and Reconciliation Commission that took place in South Africa post-apartheid. Through inquiries innocent victims could be vindicated, and cold cases could be solved, providing closure for families of the victims.

The Saville Inquiry into Bloody Sunday, which took place from 1998 – 2010, led to Prime Minister David Cameron admitting that the actions of British soldiers on that day when they opened fire on a civil rights march were both “unjustified and unjustifiable.” More recently, an inquiry into the killing of six civilians at Loughinisland in 1994 found that collusion between loyalist paramilitaries and the British police force was a factor in its cover-up, and the day that Johnson’s amnesty plans were announced, a British Coroner’s inquest revealed its determination that the nine civilians killed by the British Parachute Regiment in the 1971 Ballymurphy Massacre were “entirely innocent of wrongdoing.”

A problem has arisen for the British state since permitting these inquiries – the more light that is shed on these issues, the more dirty their hands are shown to be. In each instance, they have proven that British forces acted heinously, and in such circumstances it would be unlikely that those responsible would be found not guilty in a court of law. These inquiries have all landed at the conclusion that there should be prosecutions of those responsible, but such efforts have been stonewalled by the British state who are afraid of what dangerous information might come out of such prosecutions.

Prime Minister Boris Johnson, in attempting to stifle this information and deny families their day in court, is pushing for a general amnesty relating to the 1969 – 1998 period so that the North of Ireland can “put a line under The Troubles”. Ironically, this brash move has united all the major Northern political parties – it alienates the nationalist community because of the amnesty for loyalist paramilitiaries and British soldiers, and it alienates the unionist community because this move would also amnesty Irish Republicans. While contemporary Troubles-era prosectutions of Irish Republicans have been less common, there are some cases such as that of John Downey of County Donegal, who is pending trial for the 1972 kiiling of two Ulster Defence Regiment soldiers.

Congressman Brendan Boyle (D – Pennsylvania) and Congressman Brian Fitzpatrick (R – Pennsylania) have co-sponsored this letter asking Johnson to reaffirm his government’s commitment to legacy inquests as laid out in the Stormont House Agreement. An excerpt reads, “These legacy proposals require genuine reconsideration. Delivering answers for these bereaved families has been a longstanding priority for the Irish American community and those interested in global peace. We will continue to listen to these families as they await long overdue answers.”

The decision of these Congress members to appeal to Johnson was due in no small part to the activism of Irish Americans throughout the country. Many individuals took the time to phone their local Congressional representative and it has paid off as these Congress members have now brought international pressure on the British government over the issue of legacy in the North of Ireland. This issue was largely championed by the Ancient Order of Hibernians and the Irish National Caucus, both of whom have applauded Congressmen Boyle and Fitzpatrick for leading the initiative and reaching across the aisle for the cause of justice. The full letter authored by Boyle and Fitzpatrick is available on The Gaelic American’s social media accounts.