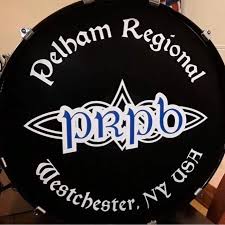 The Pelham Regional Pipe Band was formed in January of 2019, when two pipers from the Pelham School district got together to practice.  After hearing that the brother of another teacher was also a piper without a band, he also came by to play.  The numbers slowly increased after that, after the Pipe Major, Tom Callahan began reaching out to other friends and alumni of the Iona College Pipe Band.  This included some former students that were musicians, who were then drafted to learn highland snare drumming and bass.

By the Fall of 2019, the small band had its first fundraiser in New Rochelle.  There, Pelham Regional Pipe Band met members of the current Iona College Pipe Band.  Liam Geer, an accomplished snare drummer, piper, and drum major, began instructing the band.  In March of 2020, just after the band completed their first St. Patrick’s Day Parade in Mahopac, New York, the pandemic cancelled the rest of parade season, and the band was forced to practice online.  This was obviously quite a setback, but despite this, Pelham Regional were undeterred and began conducting practice over Google Meet, and continued to add pipers.

Two years after the band formed, the distribution of vaccines and the easing of mandates allowed the band to, once again, meet face to face.  Two additional Iona College players joined the band and rounded out its current roster.  This summer, the band was able to march with the Mamaroneck Volunteer Fire Department in the Mount Kisco Fire Department’s parade.

During the pandemic, to fight stagnation, the band set a goal to debut in the Eastern United States Pipe Band (EUSPBA) as a Grade V competition band.  It set its sights on traveling to the Maine Highland Games in Brunswick.  Out of 7 bands in the grade, the band placed 4th and 5th in piping and 5th in drumming.  It looks forward to a full competition season in Grade V next year, with an ultimate goal of competing in Glasgow, Scotland in two more years.

The band is also looking forward to a full St. Patrick’s Day season in 2022.  Pelham Regional Pipe Band practices at the Redwood Club in Throgs Neck, NY on Thursday nights at 7:30 p.m.

The Pelham Regional Pipe Band has been doing an excellent job so far at promoting the Celtic pastime of Highland piping in Westchester County. In existence for just two years now, they are bound to have many great years of piping ahead. Pipe Major Thomas Callahan said, “We encourage people who have been away from piping or drumming to come down and get back into it.  The band also instructs beginners and currently has a number of students.  Our goal is to balance competitive piping and our mission to continually grow with having a great social atmosphere within our band family.”