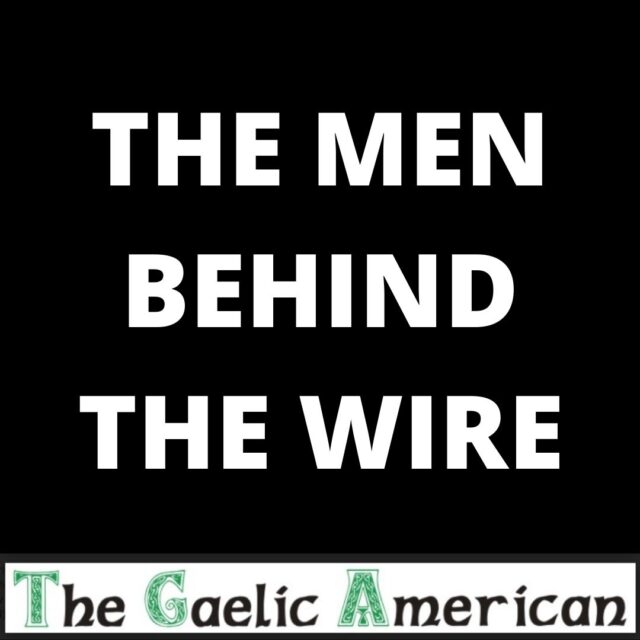 This week marks 50 years since the introduction of internment in the Six Counties.

Internment is imprisonment without trial. The goal of “Operation Demetrius” as the British labeled it was to engage in mass arrest and imprisonment in an effort to bring peace to Ulster, which had been consumed by violence since 1969. However, instead of targeting both the nationalist and unionist paramilitaries, there was no illusions of impartiality as all of the 342 people arrested came from the nationalist community.

Across flashpoint areas, particularly in Belfast, street violence erupted and violence spread. Many people were displaced as a result, as Catholic families in Protestant areas and Protestant families in Catholic areas fled their homes and retreated to the “other side”, instituting ghettos that were solidified by the erection of “peace walls” that stand to this day in some areas. Over 7,000 people, mostly Catholics, fled their homes over the course of a couple of days, with over 2,000 crossing the border into the Republic as refugees. In the nationalist Ballymurphy estate in Belfast, British troops opened fire and killed eleven civilians including a priest and a mother of eight – this became known as the “Ballymurphy Massacre”. Earlier this year all of those killed in Ballymurphy were vindicated by an inquiry that determined that they were completely innocent, though the British government has reneged on prosecuting those responsible as they inch towards a blanket amnesty for all the crimes their troops committed during The Troubles.

To the embarrassment of the British government, having relied on outdated and/or incorrect intelligence, many of those arrested had no connection with paramilitaries. However, the abusive and violent sweeps through Catholic areas in the middle of the night fostered more discontent with the unionist government. As internment continued through 1975, the policy of interning Catholics inadvertently led to nationalists from across the North coming in contact with each other in an environment where they could collaborate, educate, militarize, and network with fellow nationalists that they otherwise might never have met.

Most of the prisoners were interned at Long Kesh Detention Centre, in old WWII-era huts in a disused RAF airfield outside Lisburn. Many republicans who would become prominent in later years were held here, including Bobby Sands, Brendan Hughes, and Gerry Adams. Some prisoners were also held on the WWII ship HMS Maidstone.

The policy of internment continued until 1975. During those four years, there were 1,981 men interned, with only 107 coming from the loyalist community.

Irish Northern Aid (NORAID) were the leading American supporters of the republican movement at the time internment was introduced. NORAID organized demonstrations in the cities and towns in which they were active, and lobbied their representatives to respond to this act of British aggression. They were successful in getting Congressmen Ted Kennedy and Abraham Ribicoff to pass a resolution calling for an end to internment in October 1971. Internment inflamed the Irish-American population, provoking a dramatic increase in donations to NORAID, who were passing their money on to the families of political prisoners and allegedly the IRA. From February-July 1971, NORAID sent $11,500 to Ireland. However, donations over the next six months, from August 1971 until January 1972 (just before Bloody Sunday), came to $128,099, an increase of over 1,000%. American outrage at the situation in the North helped bring the republican cause to the world stage, and their financial assistance was invaluable at a crucial time for the republican movement.

Paddy McGuigan of The Barleycorn wrote a song called “Men Behind the Wire” which described the events of that period – in the 1972 live version of the tract, he described the scene: “On Monday, the ninth of August, 1971, at 4am, Irishmen from all over the Six Counties were taken from their homes. Hundreds of these men are now imprisoned without trial in Long Kesh concentration camp. This is a song, born of the civil resistance campaign which followed internment, a song for the men in Long Kesh, the men behind the wire.”