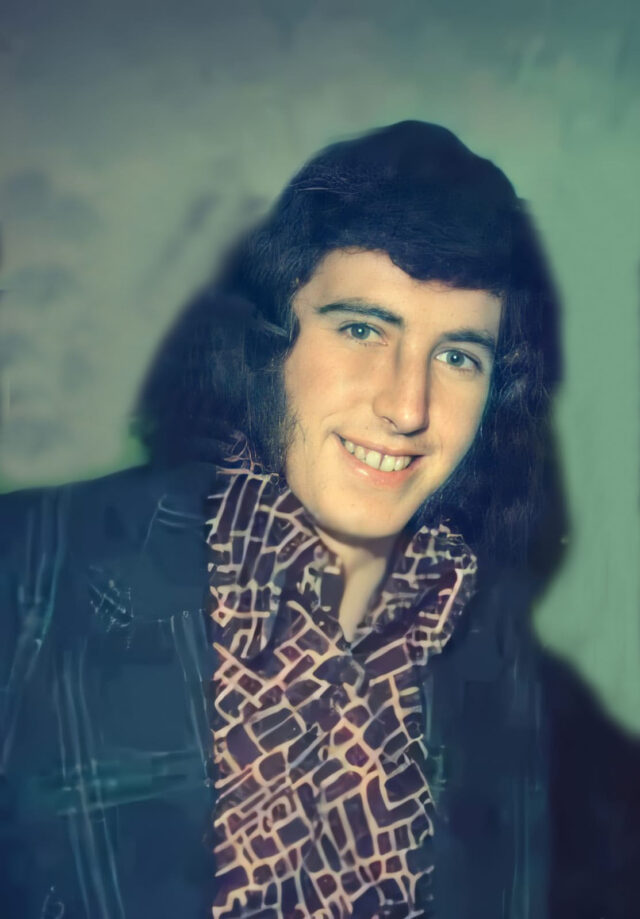 Martin Hurson was born on September 13, 1956 in Cappagh, County Tyrone. He grew up on the family farm with his eight siblings, and as a young man moved to England to work in the building trade. He returned to Tyrone in 1974, where he became active in the republican movement. With several comrades he was arrested in 1976 on charges of having been involved in IRA landmine attacks on British forces in 1975/1976. The men were questioned on the activities of the IRA in East Tyrone, and were tortured by detectives looking to obtain confessions. Martin was convicted of these offences based on coerced confessions, receiving a 20 year sentence.

Up until March 1, 1976, Irish republican prisoners had de facto political status, called “Special Category Status” because they were committing “special” (political) crimes, were tried in “special” (juryless) courts, and were put in “special” (high-security) prisons. The British policy of criminalization of Irish republicanism began in 1976 by removing the political status and instead choosing to treat republican prisoners as ordinary criminals. They were told to wear prison uniforms, which would have criminalized not just the contemporary republican movement, but thereby criminalize the cause carried by generations of Irish republicans. Kieran Nugent was the first IRA Volunteer to be arrested under the new laws – he famously refused to wear the criminal uniform, telling the prison wardens they would have to nail it to his back. Instead he wore a blanket, and so began the “blanket protest.” Prison beatings were common, and in response to prisoners being beaten savagely on their way to empty their chamber pots, they instead smeared their excrement on the cell walls, beginning the “dirty protest.” The inhumane conditions were compared to the sewer pipes of Calcutta by Cardinal O’Fiach, and garnered worldwide attention. Conditions were desperate, and so began the hunger strike of 1980 to restore all the prison rights that had been lost.

The goals of the hunger strikes were the “Five Demands”:

Being a true Irish republican, Martin did not accept the criminalization process, and joined the blanket protest when he arrived at the H-Blocks. He subsequently joined the 1981 hunger strike on May 28. His fiancé, Bernadette Donnelly, and other members of his family were active in the anti-H-Block campaign. When the Irish government had an election in June 1981, Martin stood for election for the Longford/Westmeath constituency, narrowly missing the position after obtaining almost 4,500 first-preference votes. His death came in the early hours of July 13, aged 25.

In an inhumane act of callousness, the RUC removed the body from the H-Blocks to Omagh Hospital without informing the Hurson family, in an attempt to deny mourners the opportunity to pay their respects. His body was carried the last mile home with an escort of uniformed republican volunteers.

At the graveside, Martin’s election agent Seán Lynch gave an oration, in which he described Martin as “a lover of all things Irish who was forced to emigrate and who returned and threw in his lot with those who dispute the claim of England to rule over one inch of Irish soil”.

Lynch went on to say that Martin’s sacrifice would “save the cause of Irish independence from destruction at the hands of the foreign enemy and native compromiser, and carry it to victory yet”.

Hurson’s sacrifice is still remembered throughout Tyrone and the worldwide Irish community. He and his comrades refused to break before the might of the British Empire, and their determination continues to inspire future generations.